I will never forget the phone call that started my ‘official’ working life.  Having just begun school vacation with dreams of an endless summer of pick-up baseball, I sat down to watch the first of many Red Sox games.  Based on a referral from my high school guidance counselor, I was interrupted by a phone call from the owner of a local family restaurant. ‘Bob, I was told that you were interested in a summer job’….uhhh yes I replied. ‘I need a dishwasher, when can you come in for an interview?’ uhhh..next Monday?  ‘If you are interested I need to see you today, what time can you come in?’ And so my love affair with the restaurant business began. It wasn’t love at first sight, but soon after starting, I was hooked. 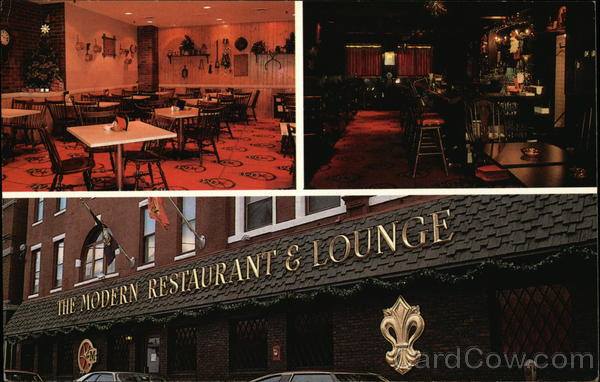 The restaurant was called The Modern Restaurant & Lounge. The Modern was a three dining room, two bar/lounge, 250+ seat steak and seafood restaurant in Nashua, N.H. The Modern was one of only two ‘large’ restaurants in town.  It was 1978, there were few table service restaurant chains out there, and none in Nashua at that time. It opened in 1935, was an institution, and closed in 2001. One of those cases where an ‘old school’ independent could not compete with all the incoming chain restaurant competition.

The Modern was a family owned restaurant, and it ran like clockwork. It employed about 30 part time high schoolers, 20 were on the dishwasher roster, and another 10 were bussers. It was a very busy restaurant, the action and environment was hard work and high energy.

My role is ‘Garbage’

Until legal working age, I did jobs like paper route, shoveling snow, raking leaves, etc. Typical easy baseball card money jobs back in the day. My entry level ‘welcome to the working world’ position was called ‘garbage’. The job was to clear off the plates from the incoming bus buckets, and sort the dishes for the person loading the dishwasher. I learned how to turn butter and creamer packets into weapons of fun for kitchen skirmishes with fellow dishwashers and busboys very quickly. From that position you eventually graduated to ‘dishwasher’, the dishmachine loader, then ‘receiver’ to stack the scalding hot dishes coming out of the dishwasher. From there you then had the privilege of graduating to ‘takeout’, distributing the dishes and cutlery to the stations in the dining room.  Time spent in the air conditioned dining room provided a great break from the hot kitchen, and a window into the hustle and bustle of the dining room. On weekends we had 2 ‘receivers’ and 2 ‘takouts’. 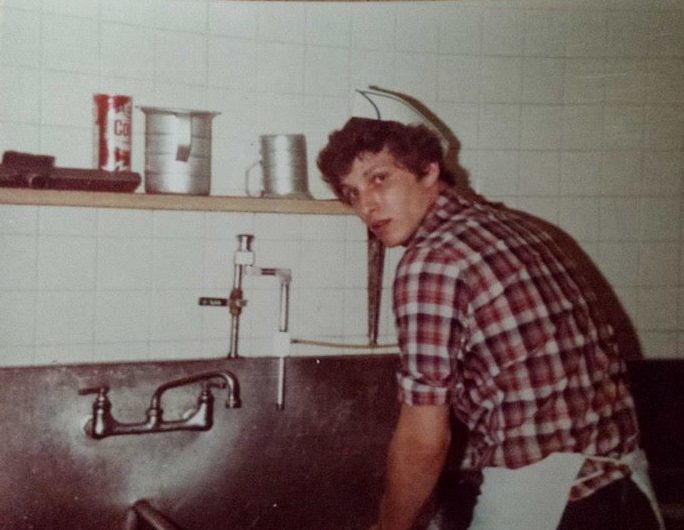 Did I mention it was a very busy restaurant? After many months of working up through those ranks, if you worked hard and had hustle, you could graduate to ‘pots’.

‘Pots’ washer was the ultimate dishwasher position because you set your own pace, and generally could sneak off for cigarettes with the prep cooks whenever you wanted to. This was the late 1970’s.

All of this experience was just within the dishwashing realm, but the lessons learned in how this restaurant was run, the pecking order, the processes, and possibility for advancement, were invaluable in every kitchen I managed afterwards. 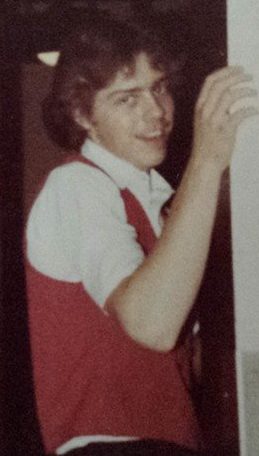 ating from there, onwards and upwards to the front of the house, bussing tables for tips. Interacting with customers and working side by side with the servers was a great break from the hot kitchen grind.  But I soon wanted to get back in the kitchen and join the team of cooks. That’s where all the real action was after all!

So I began the slow advancement process to cooking. First job was ‘breader’. The ‘breader’ supplied all freshly breaded food to order for the fry cook.  Then onto ‘shagger’. The ‘shagger’ chased all the steaks and food to order for the broiler cook (all meats were first processed by one of the family owners who was the butcher).  From there onto sandwich and app station. There was a ‘pie girl’ to manage salads and desserts – which were all homemade on premise. Everything was bought fresh and prepped fresh.   Then back onto the hot-line for ‘middle’, to add the vegetables and to some extent expedite and plate from the fry and broiler cook for each order. From ‘middle’ the two final positions were ‘fryolator’ then ‘broiler’. The broiler cook called all the orders as they stacked up on the order wheel, then managed the ‘fire’ for each order. That position was mostly held by very senior and tenured cooks.  By the time I was 19, I had progressed through to every role except broiler. After a one year stint, I decided college wasn’t for me, and was going to make a life of it in the restaurant industry. I loved the restaurant family and everything about cooking. So with the ceiling hit, I decided to leave the cold winters of N.E. and set my sites on learning to be a chef- by apprenticing in the thriving restaurant scene of sunny southern Florida.

Do you remember your first restaurant job?

Where was it, what did you do?