Spring Break 1983 in Ft. Lauderdale was a life changing event. Aside from the craziness of Spring Break, Southern Florida exposed me to a whole different level of the restaurant industry. The choices and competition between independent and chain restaurants was like nothing I had seen before. Plus, experiencing sunny beaches in March, while the snow-banks were still 5 feet high back home, was enough to convince me to make the move south.

After that vacation, I went back to work with plans to relocate, and found a co-worker (Mike) that had a similar revelation.  There was a very popular night club we used to go to called the Bounty Lounge, which was part of a new hotel/restaurant complex recently opened in Nashua.  There was literally a full size replica of the ship ‘The Bounty’ built into the nightclub. It just so happened that the owners of the hotel/restaurant/night club owned a sister property in Boca Raton, Fl.  So with nothing else to guide us, we set our target on Boca Raton to relocate, and the club/restaurant as our first place to apply for a job.

We made plans, sold our stuff, and in September of ‘83, packed up a u-haul, hitched up the Jeep, and headed south – with $250 in my pocket and a few shiny new credit cards.

We arrived in Boca Raton after 2 days of hard driving, past the endless fast food restaurant truck stop towns of I95. Mike wanted to be a bartender, I wanted to be a chef. The next day we went to the hotel to apply for jobs – Mike headed for the bar, and I headed for the kitchen. We planned to meet back in the lobby to either celebrate or commiserate. An hour later we were both back in the lobby, Mike was now a barback, and I was now a grill cook – YES!  We can now get an apartment and start the next chapter of our hospitality career adventure. 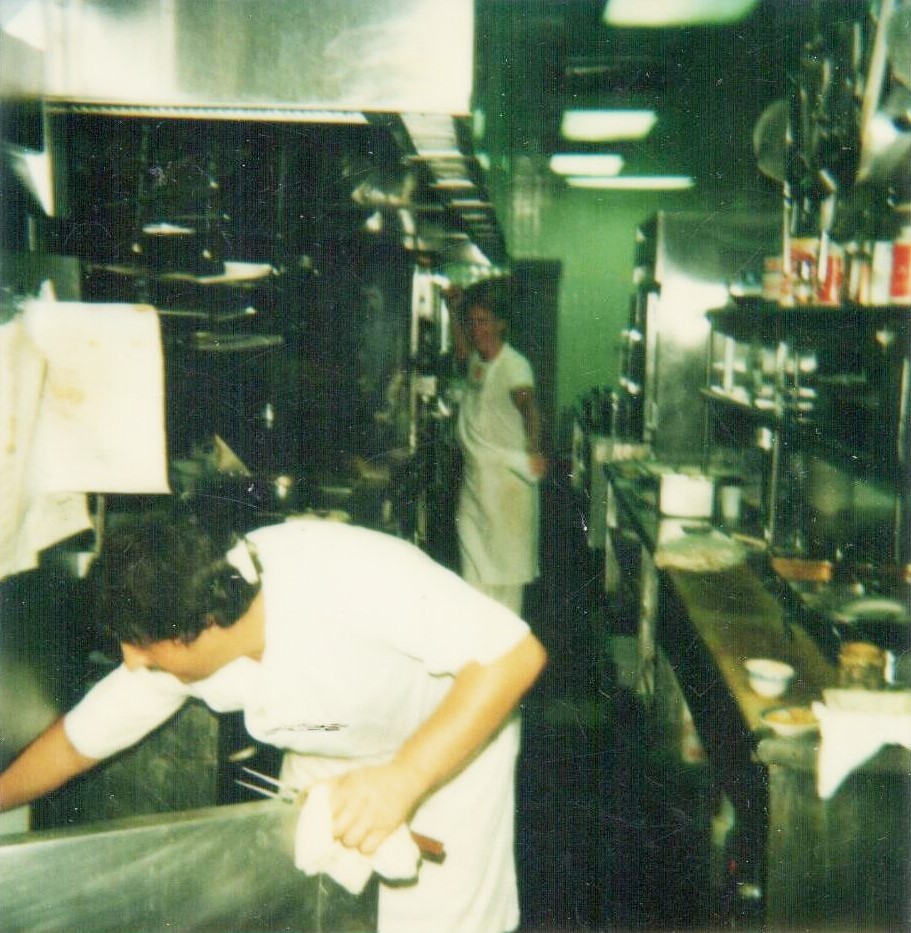 from Sicily, and he knew Northern and Southern Italian cuisine inside out.  Chef Joe had relocated to Boca from Bern’s Steakhouse in Tampa. Dominic’s focused on Northern Italian cuisine, which was fine with me. I loved Italian food and it became my inspiration for all cheffing gigs onwards.  Working with Chef Joe, I progressed from grill, to saute, to sous chef, to chef positions. Chef Joe was a high energy, high quality focused mentor. He had recently taken over the helm at Dominic’s, and was the first person in the kitchen at 5:30am and last out after 11:00pm, every day of the week. Like most chef’s, he put his creativity, drive, and personal reputation on the line, every day. Chef Joe was not going to risk all that, especially in the early stages of getting the restaurant to the standard he set. 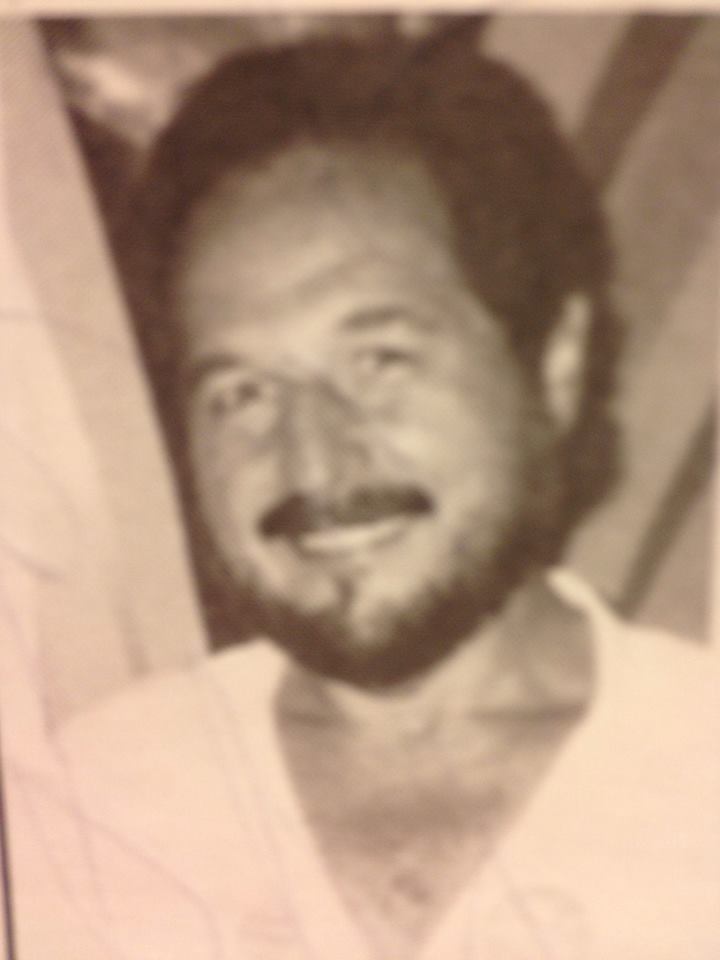 Of all the many valuable lessons Chef Joe taught me, one of the most memorable happened when I was blanching boxes of broccoli in our kettles for a function buffet.  Chef Joe inspected everything, always, to make sure the product was perfect. He sampled a piece of broccoli and said – ‘it’s overcooked, we cannot serve that. You are going to have to make broccoli soup and use this batch for the soup.’ My reply was, really Joe, you think most people are going to tell… it’s barely overcooked, it’s al dente now? His response, ‘when you serve it will be overcooked – you are not cooking for most people, or the average guest, you are always cooking for those that know and appreciate the best.  It doesn’t matter if it’s a side of broccoli or a zabaglione…there could be only one person in the dining room that knows the difference or it could be every guest. It doesn’t matter, you never know if the person we are serving is a food critic, a fellow chef, or a gourmet. Cook for them, and everyone else will be glad you did too!’

Of all the jobs I had until then, or since then, I have never worked so hard, but enjoyed the work so much, than in those early cheffing years.  I love learning, and learned so much. The job tapped my creativity and was my passion. The sense of satisfaction I had every night at the end of the shift, the compliments relayed by the servers, knowing the hard work and efforts of our FOH and BOH team resulted in many people, total strangers having a great night out and a memorable experience. It  was truly rewarding in ways a paycheck wasn’t.

I eventually moved on to other Italian/fine dining restaurants, to expand knowledge and experience. After many years working in the kitchens in South Florida, with 95 degree weather, high humidity, standing near 400+ degree ovens and 16 burner stoves, with no  A/C, was starting to make me yearn for the other side of the double doors. As they say, if you can’t stand the heat, get out of the kitchen- so that’s what I did.

I started to become interested in the overall management of the operations, and like the kitchen, started on the management entry level track as a server, then began working my way up from there.  I worked within popular themed chains and independents, progressing from server, to bartender, assistant manager, manager, trainer, to GM. From there, I set up shop as a restaurant training consultant. My mission was  to help independents implement the type of training programs that worked so well in the very popular themed restaurants like Bennigan’s and TGI Fridays, to name a few.

As a training consultant in the early 90’s, I worked in the U.K. with some of the leading restaurant chains, to help them institute the quality of guest service the U.S.A is famous for. The restaurant industry in the U.K. was changing dramatically, and I was in the right place, with the right message, at the right time.  As a result, I became a paid contributor on the subject of guest service for the leading trade publication and subsequently led ‘field trips’ back to the U.S. to attend the Disney University Customer Service program. The consulting work included setting up secret shopper programs, identifying areas for service improvement, helping organizations develop service standards and creating training programs to teach staff execution to support the standards. I had a small team of associates that would develop and deliver training to restaurant regional managers, so they could cascade the training in the restaurants.

These projects involved a lot of travel and long training days.  So, I was searching for a better way to reach more trainees, faster, in a way that supported all the logistical and scheduling challenges of training employees in a high turnover environment.

How many different restaurant positions have you worked, and which one has been the most rewarding?

Do you remember a lesson that has stuck with you, and guided you throughout your career?

Next post – Are you ready for the digital revolution?